Feminine care. Feminine hygiene. Personal cleansing products. Intimate care. No matter what you call them, these consumer products are manufactured for and marketed exclusively to women. The purpose of feminine care products is to clean, moisturize, absorb discharge or otherwise treat the sensitive skin and tissues of the vaginal area. Women are told they are necessary for personal hygiene, a “fresher feeling,” or “greater confidence,” and the companies marketing these products imply that this improved cleanliness will promote good health and increase sex appeal.1Female Personal Care Needs A Clean Up! I want to expose you to some of the HAZARDS we goddesses are exposed to without a clue! Wonder why infertility, cancer and menstrual cramps are unbearable? Read this article I found that exposes the truth.

Take a closer look at the impacts of YOUR products, and the chemicals they contain. Ingredients are determined “safe,” operating under the premise that they are used on ordinary skin just like other cosmetic products. That means chemicals of concern such as carcinogens, reproductive toxins, endocrine disruptors, and allergens are being used on, or even in, the extremely permeable mucus membranes of the vaginal area and are linked to cancer, endometriosis and other issues.

Approximately 43 million women in the United States use tampons. Millions more use sanitary napkins. These feminine hygiene products are usually made of cotton or a blend of cotton and rayon for absorbency. Rayon is a cellulose fiber made from wood pulp.

Until the late 1990s, the cotton and/or rayon used to make the tampons were bleached with elemental chlorine gas which was known to leave dioxin residues. Dioxin is a pervasive environmental contaminant and a known human carcinogen. It accumulates in body fat over time with repeated exposure, which was finally stopped being used in the LATE 1990’s and was replaced with Chlorine Dioxide.

Chlorine Dioxide is a Pesticide

Even if dioxin is mostly gone using these newer bleaching methods, another problem emerges in the manufacturing process for tampons and sanitary napkins.

While totally chlorine-free bleaching with oxygen or hydrogen peroxide (H2O2) appears safe, the use of chlorine dioxide is likely not. While chlorine dioxide smells somewhat like chlorine bleach, it should not be confused with elemental chlorine gas.  They are two distinct chemicals that react differently and produce by-products that have little in common.

Chlorine dioxide is an antimicrobial pesticide that has been used for its disinfectant properties since the early 1900s. Microbes are killed by chlorine dioxide via disruption of nutrients across the cell wall.

Chlorine dioxide was one of the pesticides used as part of the federal decontamination response to the anthrax spore bioterrorism attacks of October 2001.

Here are some products and their ingredients. You decide what you want to use.

Now that I’ve dumped all this on you, would you like some solutions? C’mon, I come with solutions or find someone who got ’em. I’ve got your back (and other things) covered diva! 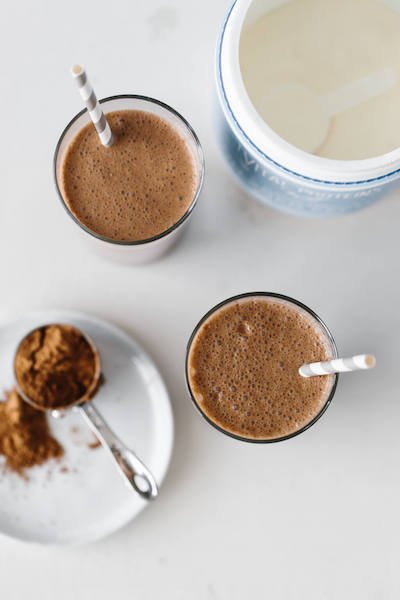 5 STEPS TO MAKING THE PERFECT SMOOTHIE