Would you believe me if I told you that using resistance bands for female strength training beats using any other kind of workout equipment?

I’ve been training since age 7 due to health challenges, was a collegiate athlete and now a personal trianer since age 19 (that’s nearly 40 years). I have personally used resistance bands every time i went to physical therapy and have done abundant research on hundreds of studies using resistance training.

If you want to be built like a tank and have the strength of ten anacondas then nothing beats a barbell and set of heavy plates.

But if we’re talking about all-round fitness, strength, flexibility, speed, and endurance, then there are huge benefits to be reaped by using resistance bands for strength training.

Training with bands lets you take advantage of the unique properties of elastic material, scientifically proven to be a superbly effective strength training tool.

In this article I want to share with you 5 Amazing Benefits of PowHER Bands Strength and Resistance Bands that can help with your every day life as well as work and sports performance, such as golf, pickleball or tennis.

Free weights are great and should be at the center of most strength training programs. But they have one major limitation – they rely 100% on the effect of gravity for their function.

If I lift a dumbbell, the resistance encountered by my muscles is only in a vertical direction, from up to down. This is because gravity only goes from up to down. Not side to side, not diagonally.

Resistance bands, on the other hand, can work in a horizontal plane, or any angle you choose.

This lets you add elastic resistance to any kind of movement, like kicks and punches, throws, twists, as well as movements that mimic swinging a bat or throwing a ball.

Resistance bands are perfect for competitive athletes who want to improve their performance in a specific area.

A 1998 scientific study on collegiate tennis players in the US demonstrated that training using elastic bands increased the strength and speed of their serve better than a program that used free weights, while also strengthening their rotator cuff muscles more.

The elite-level tennis players who participated in this study were able to increase their internal and external rotation torque and translate these gains directly into a more powerful serve. They could do this because of the way elastic bands can apply resistance to the movements used in tennis and other sports.

2. Resistance bands are ideal for building muscle mass for women

Anyone who’s been seriously into weightlifting knows about the plateau in strength and muscle growth that comes after doing the same kind of exercises for a while.

Your muscles adapt to movements you do often. Over time this means diminishing returns.

The best way to stimulate new muscle growth and break through the plateau is to change muscular emphasis and bring more variety into your training program.

Breaking up your free weights strength training with some resistance band work is a great way to keep your muscles guessing and avoid stagnation.

You can also train using resistance bands and weights together, like doing deadlifts with a barbell and weights but with extra resistance provided by attaching bands to the barbell.

This lets you lift heavy so you can build strength and size, but adds a further dimension of variable resistance (more on this later).

Another excellent way to vary your strength training is to throw in plenty of callisthenic (AKA body-weight) exercises to supplement your free weights. Like doing push-ups instead of bench press, pull-ups instead of lat pull-down etc.

Callisthenics movements engage your core and recruit more muscles to maintain trunk alignment, so have many benefits over regular weight training.

Linear variable resistance, or ascending resistance, is a property unique to elastics and simply means that the level of resistance increases as the range of motion increases.

With regular weights, the resistance stays more or less constant throughout the movement, whereas elastic resistance increases as the band are stretched further.

This variability results in a greater work output through the full range of motion, as well as a larger number of muscle fibers being fired up. Which in turn results in greater adaptations in muscle strength and size, i.e. more gains.

The beneficial effect of variable resistance for strength training has been proven in many studies.

One 2006 study at the University of Wisconsin measured the effects of training with elastic bands on peak force and power during the squat exercise.

The study suggested that using resistance bands and free weights together has a significant advantage over using free weights alone.

The greatest difference was observed at higher loading conditions – at 85% of one-repetition-maximum. The group which used elastic bands and free weights together showed an increase in peak force 16% greater than the group that used only free weights.

Another benefit of ascending resistance is the way it mimics the strength curve of most muscles – i.e. the way in which a muscle’s strength varies over a range of motion.

Most muscles increase in strength up to a certain point during a movement, after which they become weaker.

When you use free weights you are limited in that you can only use a weight which your muscles are capable of moving in their weakest position, usually at the beginning of the movement.

This means that when they are in their strongest position, they are not receiving an adequate level of resistance.

With elastics, the movement is easy at the beginning and progressively becomes more difficult. You get the highest resistance exactly where you need it most – the point at which the muscles are in their strongest position.

Either on their own or in conjunction with weights, using resistance bands for strength training can add another dimension to your workout, giving you an extra edge and helping you push through any plateau.

5. Use resistance bands for physical therapy and injury prevention

Resistance bands are by far the most widely used tool for recovery after injury or surgery. Being able to isolate certain muscle groups and apply resistance from any angle makes them the ideal physical therapy tool.

If you injure your rotator cuff, for example, a common therapeutic exercise is to apply gentle resistance to the rotation of the shoulder socket, with the elbow either tucked into your side or held at shoulder level.

This exercise cannot be done effectively with free weights because of the way they rely on gravity for their effect.

But resistance bands can provide resistance on any plane. And because of variable linear resistance, they’re able to deliver it in the most effective way for treating the injured muscle.

They are the ideal tool for the weak or elderly to safely increase muscle mass and improve bone density.

To learn more check out powherbands.com 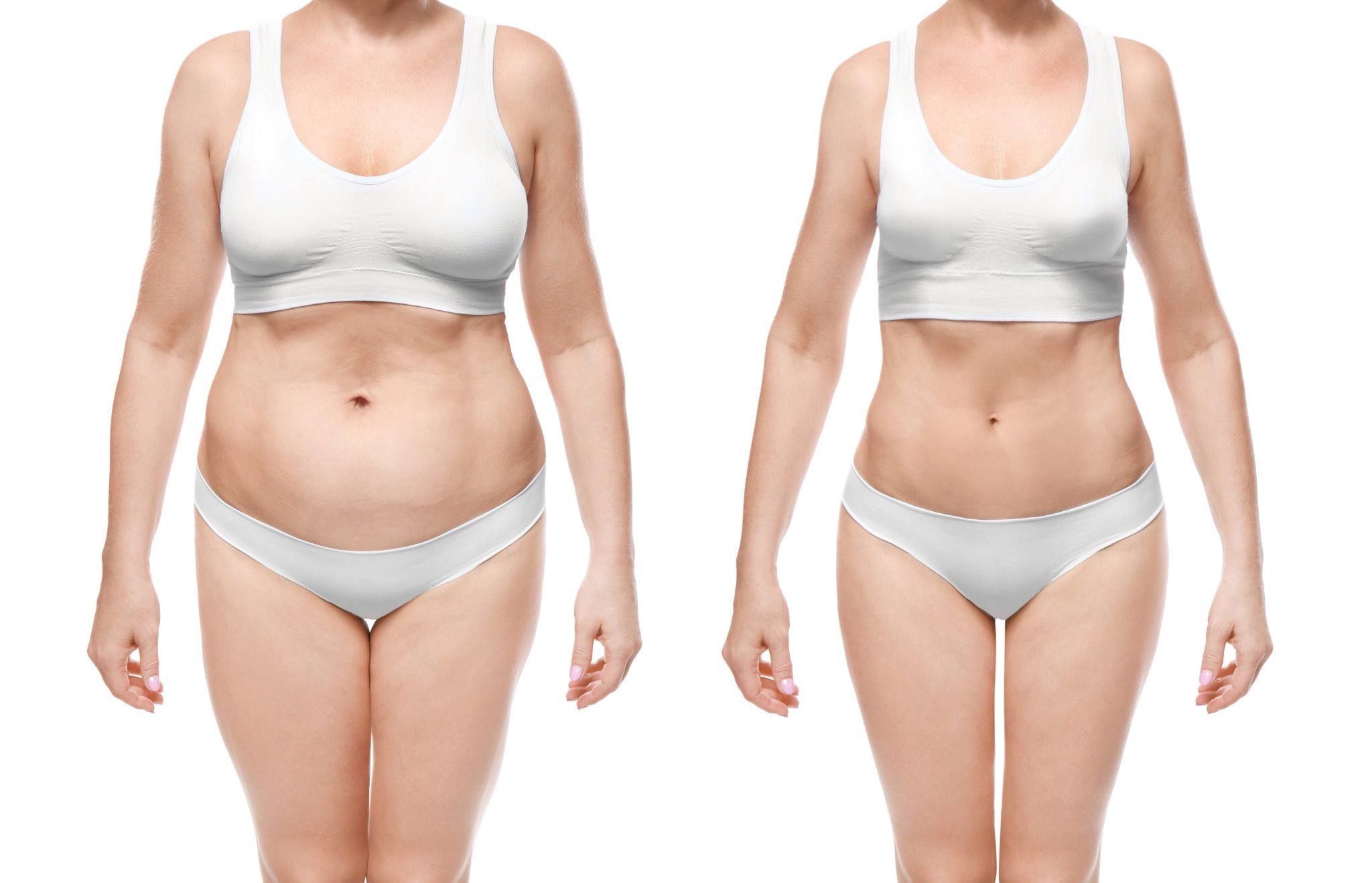 Young woman before and after weight loss on white background 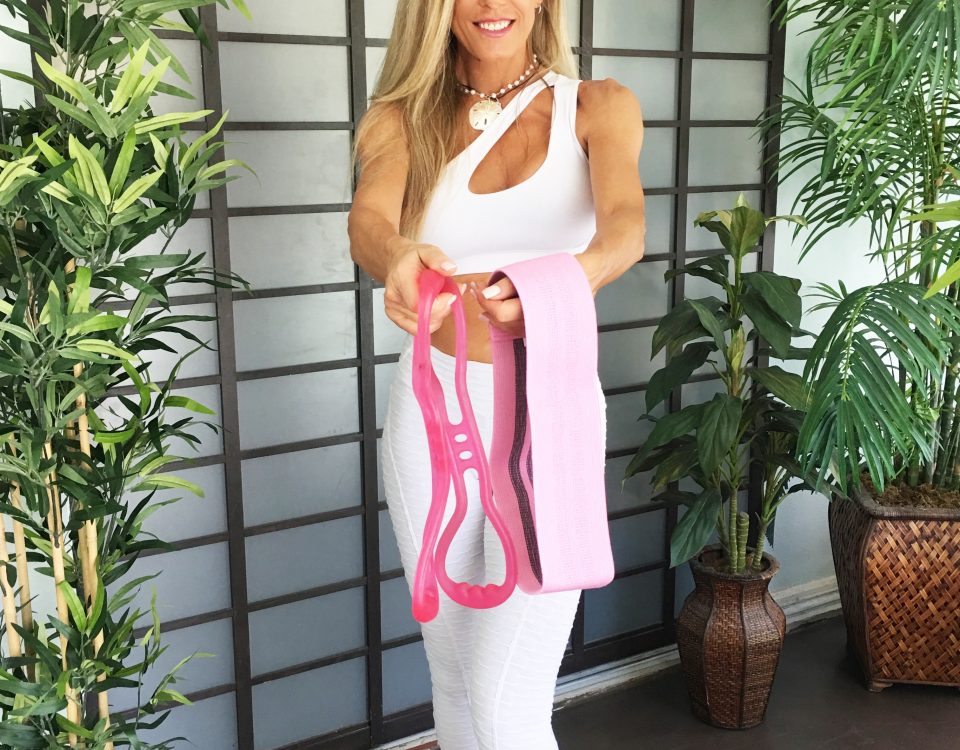