15 Foods You Must Eat To Lose Weight

15 Foods You Must Eat To Lose Weight

So you’re wanting to lose weight, and you’re probably feeling like you want more energy, muscle tone and less aches and pains too! Are you wondering, “How is Becca reading my mind?”  These are the most common of all reasons women contact me to add vitality and help the reset their clocks and regain their “old” self back (YES! I do coach men too, but my client roster is 85% executive or stay at home females).  Well here ya go! Here are 15 FOODS you can easily find that will get you started on your way to a healthier inside… and that will have profound results on all other areas!  — ENJOY

One fruit that deserves to be highlighted is grapefruit, because its effects on weight control have been studied directly.

In a study of 91 obese individuals, eating half a fresh grapefruit before meals caused weight loss of 3.5 pounds over a period of 12 weeks.

The grapefruit group also had reductions in insulin resistance, a metabolic abnormality that is implicated in various chronic diseases.

So… eating half a grapefruit about a half hour before some of your daily meals may help you feel more satiated and eat fewer overall calories.

Leafy greens include kale, spinach, collards, swiss chards and many others.

They have several properties that make them perfect for a weight loss diet!

They are low in both calories and carbohydrates, but loaded with fiber.

Eating leafy greens is a great way to increase the volume of your meals, without increasing the calories. Numerous studies show that meals and diets with low energy density make people eat fewer calories overall.

Leafy greens are also incredibly nutritious and very high in all sorts of vitamins, minerals, and antioxidants. This includes calcium, which has been shown to aid fat burning in some studies.

Eating chili peppers may be useful on a weight loss diet.

They contain a substance called capsaicin, which has been shown to help reduce appetite and increase fat burning in some studies.

This substance is even sold in supplement form and is a common ingredient in many commercial weight loss supplements.

However, there was no effect in people who were accustomed to eating spicy food, indicating that some sort of tolerance can build up.

Like other vegetables, they are high in fiber and tend to be incredibly fulfilling.

They’re not as high in protein as animal foods or legumes, but they’re high compared to most vegetables.

A combination of protein, fiber, and low energy density makes cruciferous vegetables the perfect foods to include in your meals if you need to lose weight.

They are also highly nutritious and contain cancer-fighting substances. Watch out for them if you have been taking meds for thyroid problems. (More on that during your FREE HEALTH CONSULT — wwww.BeccaTebon.com)

GRAB A HOLD OF YOUR ROOTS!!! Sweet potatoes, turnips, and other root vegetables are also excellent.

White potatoes seem to have fallen out of favor for some reason.

However… they have several properties that make them a perfect food, both for weight loss and optimal health.

They contain an incredibly diverse range of nutrients, a little bit of almost everything we need.

There have even been accounts of people living on nothing but potatoes alone for extended periods of time. NO! Iam not recommending a “WHITE POTATO DIET” lol.

They are particularly high in potassium, a nutrient that most people don’t get enough of and play an important role in blood pressure control.

On a scale called the Satiety Index, which measures how fulfilling different foods are, white, boiled potatoes scored the highest of all the foods tested.

What this means is that by eating white, boiled potatoes, you will naturally feel full and eat less of other foods instead.

If you boil the potatoes, then allow them to cool for a while, then they will form large amounts of resistant starch, a fiber-like substance that has been shown to have all sorts of health benefits… including weight loss.

Some beans and legumes can be beneficial for weight loss.

This includes lentils, black beans, kidney beans and some others.

These foods tend to be high in protein and fiber, which are two nutrients that have been shown to lead to satiety.

They also tend to contain some resistant starch.

The main problem is that a lot of people have a problem tolerating legumes. For this reason, it is important to prepare them properly.

Most foods with a low energy density are those that contain lots of water, such as vegetables and fruits.

But you can also just add water to your food… by making a soup.

Some studies have shown that eating the exact same food, except made in a soup instead of as solid food, makes people feel more satiated and eat significantly fewer calories.

Avocados are a unique type of fruit.

Whereas most fruit is high in carbs, avocados are loaded with healthy fats.

They are particularly high in monounsaturated oleic acid, the same type of fat found in olive oil.

Despite being mostly fat, they also contain a lot of water, so they aren’t as energy-dense as you may think.

Avocados are perfect as additions to salad because studies show that the fats in them can increase the nutrient uptake from the other vegetables by 2.6-15 times.

They also contain many important nutrients, including fiber and potassium.

Apple cider vinegar is incredibly popular in the natural health community. It has SO MANY GREAT PROPERTIES!

It is popular for use in condiments, like dressings or vinaigrettes. Some people even dilute it in water and drink it. I DRINK IT DAILY – usually in the morning  (1/3 cup of ACV with organic lemon, 24 ounces of water, 1 tablespoon of chia seeds, and 3 tablespoons of pure maple syrup— I skip the maple syrup as it threw my. H1C (sugar) levels into the abyss.)

Several studies in humans suggest that vinegar can be useful for people who are trying to lose weight.

Taking vinegar at the same time as a high-carb meal can increase feelings of fullness and make people eat 200-275 fewer calories for the rest of the day.

One study in obese individuals also showed that 1 ounce of vinegar per day for 12 weeks caused weight loss of 2.6-3.7 pounds.

Vinegar has also been shown to reduce blood sugar spikes after meals, which may lead to all sorts of beneficial effects on health in the long term.

Despite being high in fat, nuts are not inherently fattening.

Studies have shown that eating nuts can improve metabolic health and even cause weight loss.

Population studies have also shown that people who eat nuts tend to be healthier, and leaner, than the people who don’t.

Just make sure not to go overboard, as they are still pretty high in calories. If you tend to binge and eat massive amounts of nuts, then it may be best to avoid them. A handful a day, tossed into a salad is perfecto!!

Despite grains having gotten a bad rap in recent years, there are some types that are definitely healthy.

This includes some non-gluten, whole grains that are loaded with fiber and contain a decent amount of protein as well.

Oats are loaded with beta-glucans, soluble fibers that have been shown to increase satiety and improve metabolic health.

Rice, both brown and white, can also contain significant amounts of resistant starch, especially if cooked and then allowed to cool afterwards.

Keep in mind that refined grains are a disaster, and sometimes foods that have “whole grains” on the label are highly processed junk foods that are both harmful and fattening.

If you’re on a very low-carb diet then you’ll want to avoid grains, because they are high in carbohydrates. But there’s nothing wrong with eating some of the healthier grains if you can tolerate them and are not on a low-carb diet.

Most health experts agree that fruit is healthy.

Numerous population studies have shown that people who eat the most fruit (and vegetables) tend to be healthier than people who don’t.

Of course… correlation does not equal causation, so those studies don’t prove anything, but fruit do have properties that make them weight loss friendly.

Even though they contain sugar, they have a low energy density and take a while to chew. Plus, the fiber helps prevent the sugar from being released too quickly into the bloodstream.

The only people who may want to avoid or minimize fruit are those who are on a very low-carb, ketogenic diet, or have some sort of intolerance to fructose.

For the rest of us, fruits can be an effective (and delicious) addition to a weight loss diet.

Chia seeds are among the most nutritious foods on the planet.

They do contain 12 grams of carbohydrate per ounce, which is pretty high, but 11 of those grams are fiber.

This makes chia seeds a low-carb friendly food, and one of the best sources of fiber in the world.

Because of all the fiber, chia seeds can absorb up to 11-12 times their weight in water, turning gel-like and expanding in your stomach.

Although some studies have shown that chia seeds can help reduce appetite, they have not found a statistically significant effect on weight loss.

However, given their nutrient composition, it makes sense that chia seeds could be a useful part of a weight loss diet.

Not all fats are created equal.

These fatty acids have been shown to boost satiety compared to other fats, as well as increase the amount of calories burned.

There are also two studies, one in women and the other in men, showing that coconut oil led to reduced amounts of belly fat.

Of course… coconut oil still contains calories, so adding it on top of what you’re already eating is a bad idea.

So this is not about adding coconut oil to your diet, it is about replacing some of your other cooking fats with coconut oil.

Extra virgin olive oil is also worth mentioning here, because it is probably the healthiest fat on the planet.

15. WHOLE EGGS (this made the list because Iam a plant-based FLEXitarian… EGG LOVER)

Once feared for being high in cholesterol, whole eggs have been making a comeback.

What’s more… they are among the best foods you can eat if you need to lose weight.

They’re high in protein, healthy fats, and can make you feel full with a very low amount of calories.

One study of 30 overweight women showed that eating eggs for breakfast, instead of bagels, increased satiety and made them eat less for the next 36 hours.

Becca Tebon is a holistic health, fitness  and nutritional strategist specializing in Women and Corporate Wellness and Team Leadership/Building Programming.  From the shadows of her own health & life, Becca has emerged as a inspiring coach teaching about ways to combat Asthma,  Bronchitis, Leaky Gut, Chronic Pain, Adrenal Fatigue and self esteem issues. Create your healthy mind & body connection, thus thriving a happy life. Becca’s keynotes are inspiring, high-energy and set in an edu-taining style! Find out about her programs, services, products, workshops and long glamping weekends, a women’s diva will emerge and continue to expand. www.BeccaTebon.com 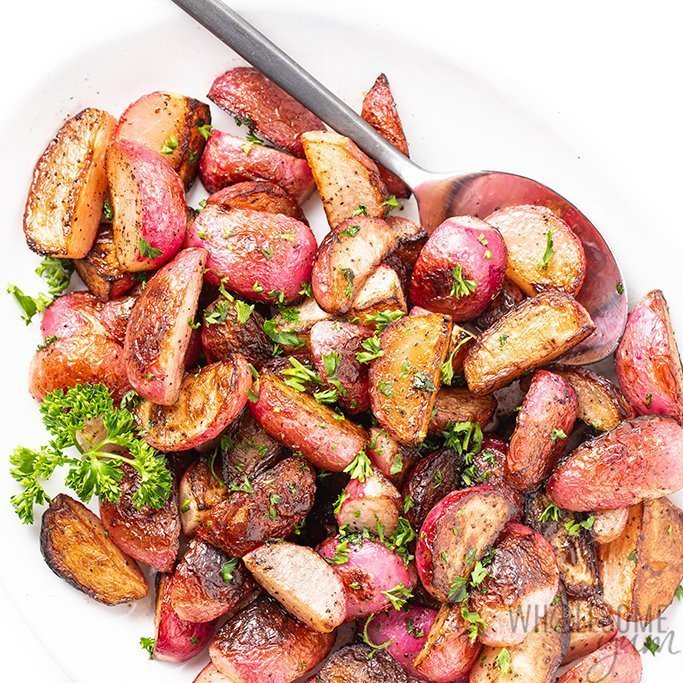 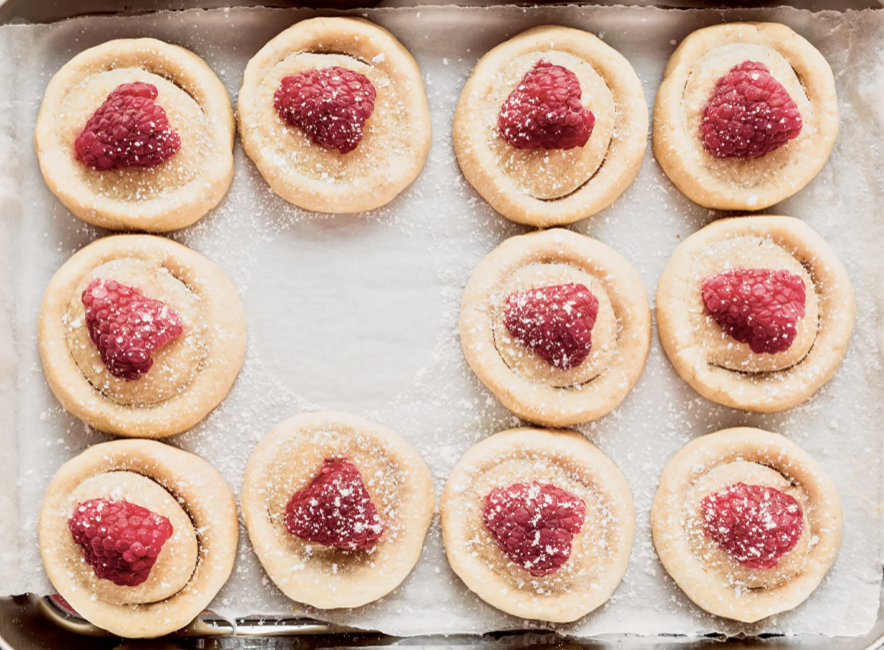 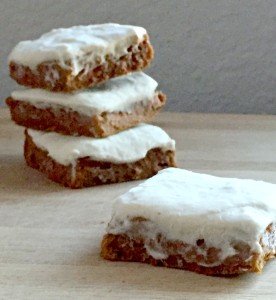