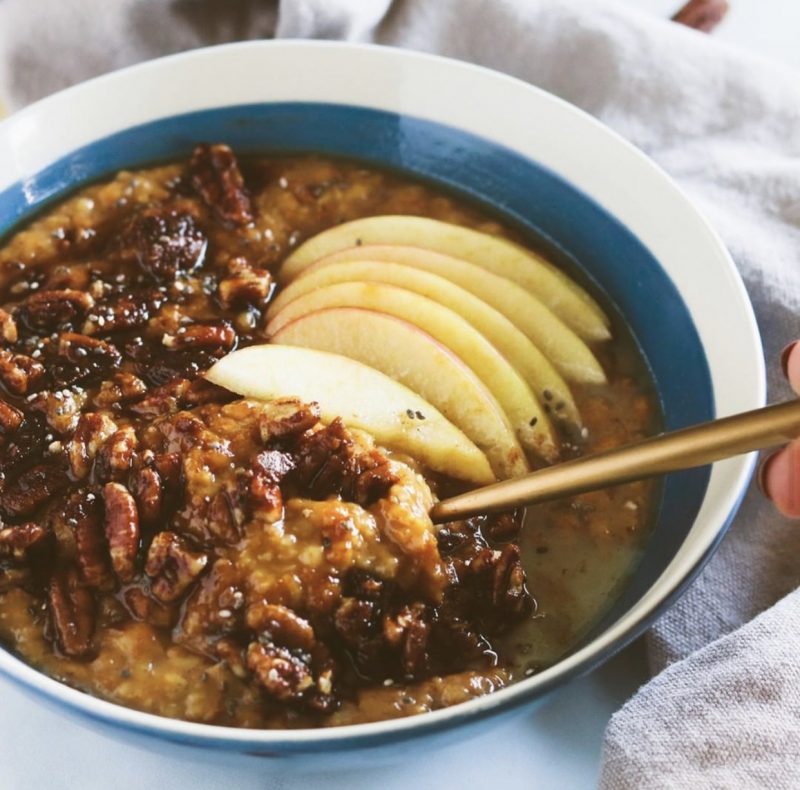 How to Make:
To cook the candied pecans, heat the oven to 350 F. Add the pecans, coconut sugar, coconut oil, cinnamon, maple syrup and sea salt to a large mixing bowl and toss everything together until the pecans are coated.
Line a baking sheet with parchment paper and lay the pecans out flat, making sure they aren’t too crowded.
Cook for 5-7 minutes, until lightly browned. Do not overcook or they will burn and they will burn fast.
Remove from the oven and set aside in the fridge to cool. Once cooled, toss them to break them up.
Meanwhile, prep your oatmeal by adding all of the oatmeal ingredients to your Crock Pt 6 QT. Cook and carry programmable Slow Cooker. Stir.
Set the crock pot on low for about 6 hours. Check it periodically.
Serve the oatmeal topped with candied pecans and any other toppings of choice such as freshly sliced apple, shredded coconut, and hemp hearts.

I am the creator of THE 17 MINUTE WORKOUTS method and powHERbands™️, a 3-band Resistance Training System. So blessed to join our journeys together and looking forward to meeting you.

Love, peace, and health in this world. 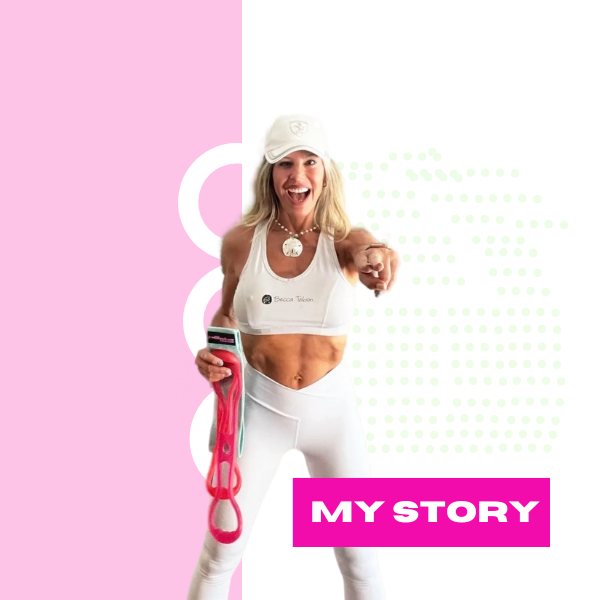